In September 2018, the SDA won a major case in the Fair Work Commission (FWC) to increase penalty rates for over 350,000 casual retail workers on Saturdays and on weeknights after 6pm.

As a result of this win, casual employees covered by the General Retail Industry Award will now receive penalty rates in addition to their casual loading.

November 2018 and will be phased in incrementally over 3 years (see table below).

The SDA welcomed the FWC decision as a major win which would result in significant pay increases for hundreds of thousands of retail workers.

This win means that casual workers covered by the Retail Award will receive a casual loading on top of penalty rate loadings for weeknights and Saturdays.

This will result in significant pay increases for over 350,000 hard-working retail employees on the Award and will have important flow-on effects for employees on enterprise bargaining agreements right across Australia’s retail sector.

The increases are listed in the table below: 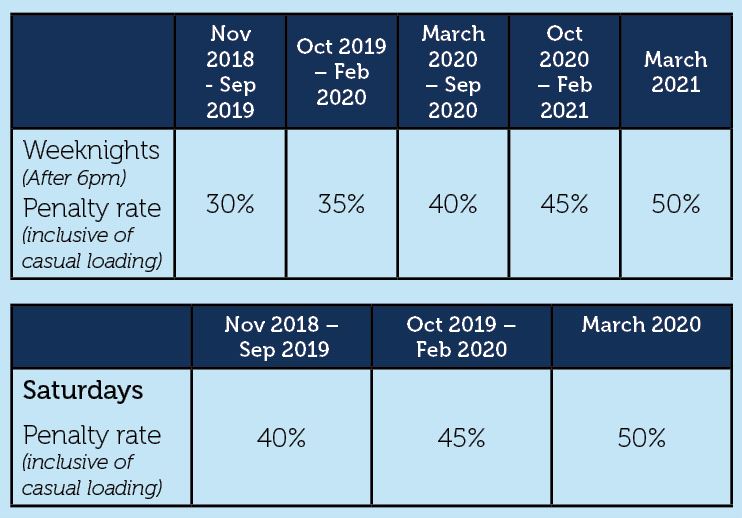 This win is another example of the SDA getting on with the job of looking after its members.