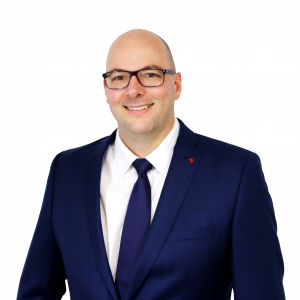 Woolworths hit the headlines for all the wrong reasons in late 2019. As we all know, they discovered that they had underpaid their staff to the tune of 200 to 300 million dollars which affected some 5700 employees. The underpayment issue was further highlighted on 26 February, 2020 when the company detailed that their original figures understated the true position. We have now learned that some 7000 past and present employees have been affected and the final payments including interest will be close to 400 million dollars. At the point of writing, the company has paid out 78 million dollars.

Since the scandal broke, the SDA has been inundated with phone calls and emails from members requesting our assistance. We are deeply disappointed that this has occurred at Woolworths and we will continue to work with our members to ensure all payments are made and are correct. Given that over 300 million dollars still needs to be paid out, I remind members that the union office is only a phone call or email away.

Woolworths has further advised that supermarket and metro employees who are currently employed and were underpaid by the company received a $1000 lump sum in mid-April. This payment will offset against any future backpay payment. The next payment is due to be paid in late May.

After the Woolworths debacle, the Union wrote to over 100 retail and fast food employers. We demanded that each company conduct an audit of their salaried employees noting that many are SDA members. This project was initiated by the SDA after a number of underpayments were uncovered in the retail sector last year.

Other companies such as Coles supermarkets, Target, Officeworks and the Super Retail Group which include BCF, Rebel, Supercheap Auto and Macpac have self-reported to the Fair Work Ombudsman stating that they have underpaid their employees and in particular, their salaried staff. Once again, these back payments will amount to hundreds of millions of dollars. These underpayments have been uncovered as part of an industry wide audit initiated by the SDA in early November last year.

Coles, Officeworks and Target are working constructively with the SDA to ensure that all monies owed plus interest will be back paid to our members ASAP.

Salaried workers including members are not ‘Award free’. The salaries paid must be set at a level to compensate workers for all time worked – including penalty rates and overtime. As such, the main issues identified in the audits have been times worked at night, early in the morning or when employees work excessive hours.

How do we fix this full blown epidemic of underpayments?

The fact is that a decade ago there were very few instances of systemic underpayment when unions had the right to conduct spot checks of company payrolls.

All the recent examples of underpayment have emerged since the federal government changed the law. It is essential that the Morrison government becomes fair dinkum about ending this epidemic by restoring the rights of unions to have ready access to company payrolls to conduct spot checks.

It has worked before and it will work again. This simple step would ensure hard-working SDA members are paid according to the law.

The whole issue of underpayments is not confined to the retail industry. For example, the ABC, QANTAS and the Commonwealth Bank have confirmed that they have also underpaid their employees. There is no doubt in my mind that other retail and fast food companies will come forward and self-report to the Fair Work Ombudsman. This whole process would move far quicker if unions such as the SDA had their rights restored so that we can conduct spot checks of the payroll.

Over to you Mr Morrison.